Do you live in East Winson Green, All Saints, Factory Road or South Road area?
After feedback from the recent local elections there is a proposal put forward to split the polling districts to make the place where you vote closer to your home.

Proposal 1.
Split SHQ2 into two polling districts along the metro line as the boundary line.
It is proposed we use St Michael’s CE JI School, Piers Road as the polling station for the area to the north of SHQ2.
St Michael’s CE JI School is within the new polling district and has previously been used as a polling station.
It has good access, reasonable facilities and is therefore considered a suitable option as a polling premise.

The United Reformed Church would be retained as the polling station for the area to the south of SHQ2.

Proposal 2.
Split SHQ3 into two polling districts along the canal as the boundary line.

It is proposed that we retain the use of Oasis Academy Foundry as the polling station for the area to the north of SHQ3.

For the area to the south of SHQ3, the suggestion is to use the Church of God of Prophecy as the polling station.
Have a look at the below image.

Let me know by 27th June your views on this proposal. 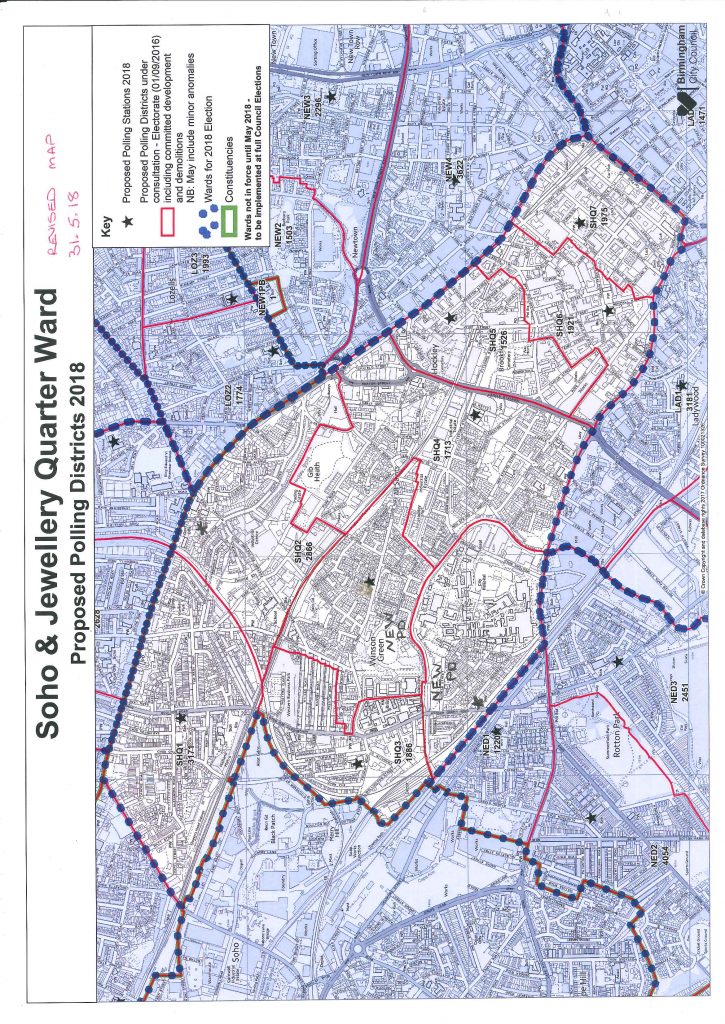 Diwali is a time of hope. Although celebrations ar

Happy Diwali to all of our Hindu, Sikh and Jain fr

Happy Rosh Hashanah - looking back over the last y

Pitsford Street development coming along at a fast

Find out more or adjust your settings.

This website uses cookies so that we can provide you with the best user experience possible. Cookie information is stored in your browser and performs functions such as recognising you when you return to our website and helping our team to understand which sections of the website you find most interesting and useful.

Strictly Necessary Cookie should be enabled at all times so that we can save your preferences for cookie settings.

If you disable this cookie, we will not be able to save your preferences. This means that every time you visit this website you will need to enable or disable cookies again.